There are a lot of jobs that got harder and scarier in 2020, and let’s be honest — “late night show writer” is way down on the list. Just about everyone who’s paying attention is burned out and bummed out, and it was often clear that comedians and writers were struggling to come up with witty new ways to say “This is not normal.” (If you saw Late Night‘s interminable Sea Captain bits starring an oil painting in Seth Meyers’ in-laws’ den, then you know.)

But in a year that was constantly, genuinely terrifying — from the crumbling of our democratic institutions to a global pandemic — and also often deeply absurd, late night shows reinvented themselves. Suddenly transported to garages and home offices, the late night shows managed to create moments that found clarity, lightness, edification, and yes, laughs, in the bleak pandemic-election hellscape.

Sometimes a side-by-side comparison says more than words ever can. This was the case after Donald Trump’s annual Prayer Breakfast speech in February, during which he seemed to spend an inordinate amount of time waffling on about the stock market and his enemies. Jimmy Kimmel’s solution? A quick comparison to a (very different) Prayer Breakfast speech from Barack Obama’s time in office. — Sam Haysom, Deputy UK Editor

White people finally began to suspect racism might be a problem this year, with protests against police brutality spreading beyond Black communities and grabbing international headlines. However, as Patriot Act host Hasan Minhaj pointed out in June, this story isn’t just Black and white. In an impassioned 12-minute monologue, Minhaj reminded non-Black people of color that this involves them as well, and urged them to take action for justice. “I’m not saying we were the ones who killed George Floyd,” said Minhaj. “But we have to be the ones who pull that cop off his neck!”

And yes, Patriot Act is on Netflix (and remains there although the streamer’s now canned it), and therefore is more an anytime show than a late night one — but it was late night in spirit, and it will be missed. — Amanda Yeo, Reporter

Back in February, Rep. Alexandria Ocasio-Cortez returned to her home borough with the Bodega Boys, grabbing bacon egg and cheeses, gleefully receiving hugs from constituents, and mixing up a Shirley Temple with Hennessey at the bar where she worked before her election to Congress. When the hosts ask her how she feels about her colleagues in Washington being derisive about her old job, she gave a simple, sensible, and deeply shady answer.

“It’s not an insult to me, and I feel like people are always clowning themselves when they say that. Because it’s like OK, you think every person you represent that’s a bartender, a waitress, a working person — what, that they can’t do this job?” she shrugged.

“Because let me tell you, I work with some of these people and they are not smarter than a bartender.” Hell right. — Caitlin Welsh, Australia Editor

Back in March, when we were young and if not hopeful at least less despairing, numerous countries went into lockdown as over 400,000 coronavirus cases were confirmed globally. Yet the same time, President Trump was pushing to send people back to work — a move Late Night host Seth Meyers described as “sociopathic.”

Still adjusting to delivering his monologues from home, Meyers blasted Trump’s “sadistic plan to put profits over lives,” and reminded people that both saving lives and protecting the economy were achievable if rich people were willing to share their wealth. Sadly, we all know how that’s gone so far. — A.Y.

Back when Trump was giving regular coronavirus briefings in April, it was almost difficult to keep up with just how much nonsense he was spewing on a daily basis. But comedian Michael Spicer, appearing above on The Late Late Show, found a unique way of drawing attention to the lowlights. Over a series of sketches, Spicer played the role of a frustrated press conference advisor, attempting to correct Trump via an earpiece while he rambled on about unproven drugs. — S.H.

Numerous people have cashed in on our global horror with Trump tell-all books, ensuring the crumbling of democracy in the U.S. will at least be well-documented. It’s a lot of reading to get through though, so Late Show host Stephen Colbert broke down the lowlights of John Bolton’s The Room Where It Happened into more bite-sized pieces for the overwhelmed masses. Of course, it’s still terrible to digest and will probably make you sick. “I can’t believe I’m saying this: it’s worse than even I imagined,” said Colbert.

Colbert later personally took Bolton to task in a tough interview, grilling him on why he worked for Trump knowing what he did.

Predictably, the answers were less than satisfactory. — A.Y.

Trevor Noah’s outraged reaction to the first Biden-Trump debate, and its many interruptions, articulated the frustrations of many people who’d watched the debate from home.

“I’m telling you, man, they need to switch things up, they need to figure something out,” Noah said. “Do anything! Give the next moderator a spray bottle just to spritz them anytime they interrupt. I promise you Trump will be quiet, because his hair turns into a gremlin if it gets wet.” — S.H.

This was Fallon’s mea culpa episode after the internet resurfaced a 2000 sketch where he impersonated Chris Rock in blackface. It came amidst the first wave of protests against police brutality after the murder of George Floyd by police in Minnesota. Fallon is far from the most incisive, intellectual, or politically pointed of the late night hosts — he famously had Trump on his show as a guest during the 2016 campaign, making the now-president look positively cuddly by ruffling his unearthly hair, and openly complained about the backlash years later. But this segment — which kicked off a week of mainly Black guests discussing systemic racism, police brutality, and ways for privileged people to unpack their own biases — came off as mostly sober and constructive, rather than self-pitying or self-congratulating.

Seeing someone as apolitical and middle-of-the-road as Fallon trying to publicly and humbly reckon with their personal history of racism, saying he chose that path over “riding it out” in silence, and talking about antiracism with the chairman of the NAACP at the top of the show, was an interesting yardstick for how the concept of antiracism has finally cut through to the mainstream this year.

What’s more, it’s one illustration of how a conversation about a public figure’s ugly behaviour can flow from being called out to (at least ostensibly) doing the work to do better, instead of dismissing legitimate criticism as “cancel culture” to avoid grappling with the hurt they’ve caused. — C.W. 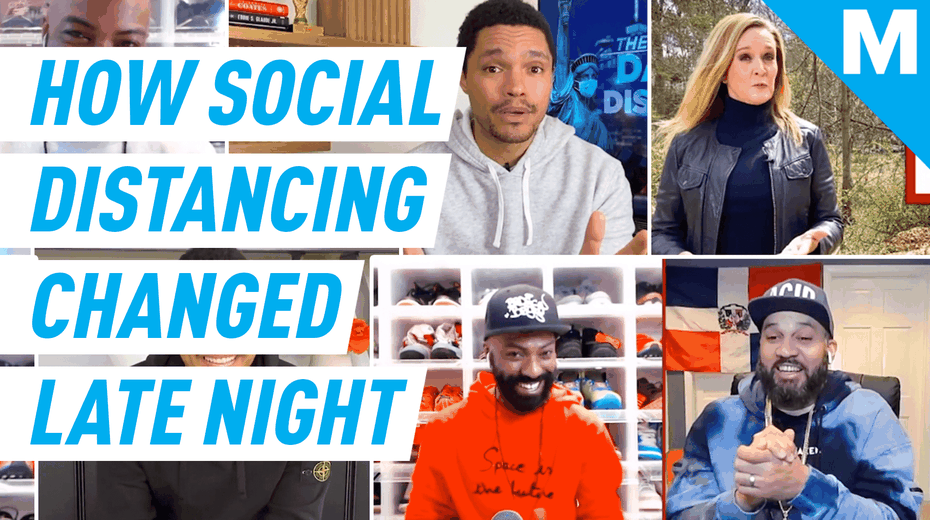 Previous Post: « Do Not Cook a Steak in Your Toaster, FFS
Next Post: Kitchen steal: This 15-piece cutlery block set from Cuisinart is $20 off »